After a brief late summer hiatus, we are back! Fall is fast approaching and one of the many things people anticipate with fall is Halloween! Though it is only September, if you walk around the trails of River Legacy, you might notice that some trees look like they are covered in spider webs, and a lot of them. Is the forest getting ready for October 31st? While we would like to think so, these webs are a really cool natural phenomenon.

Often confused with spider webs, these webs are actually made by the caterpillar of the fall webworm moth (Hyphantria cunea). These caterpillars can produce webs that sometimes cover huge swaths of trees. They measure about 1 inch long and start eating leaves immediately after they hatch from an egg mass. The web is produced to form a cover on the areas where they are feeding. Host trees include mulberry trees, oak trees, pecans, sweetgum, redbud, willow, and many other fruit-bearing trees. This can be seen in late summer and early fall, but it can depend on the location. For example, trees in the southern part of Texas start appearing with these webs as early as April.

Right now, the easiest place to find these webs are in areas alongside Snider Creek on the eastern side of the trail adjacent to our new parking lot on Margaret Drive, at the main entrance to River Legacy Parks. But keep your eyes open, because they have appeared in many other parts of our forest in previous years. So, while you might think these trees are Halloween decorations, they are just mother nature’s work for all of us to marvel and learn! 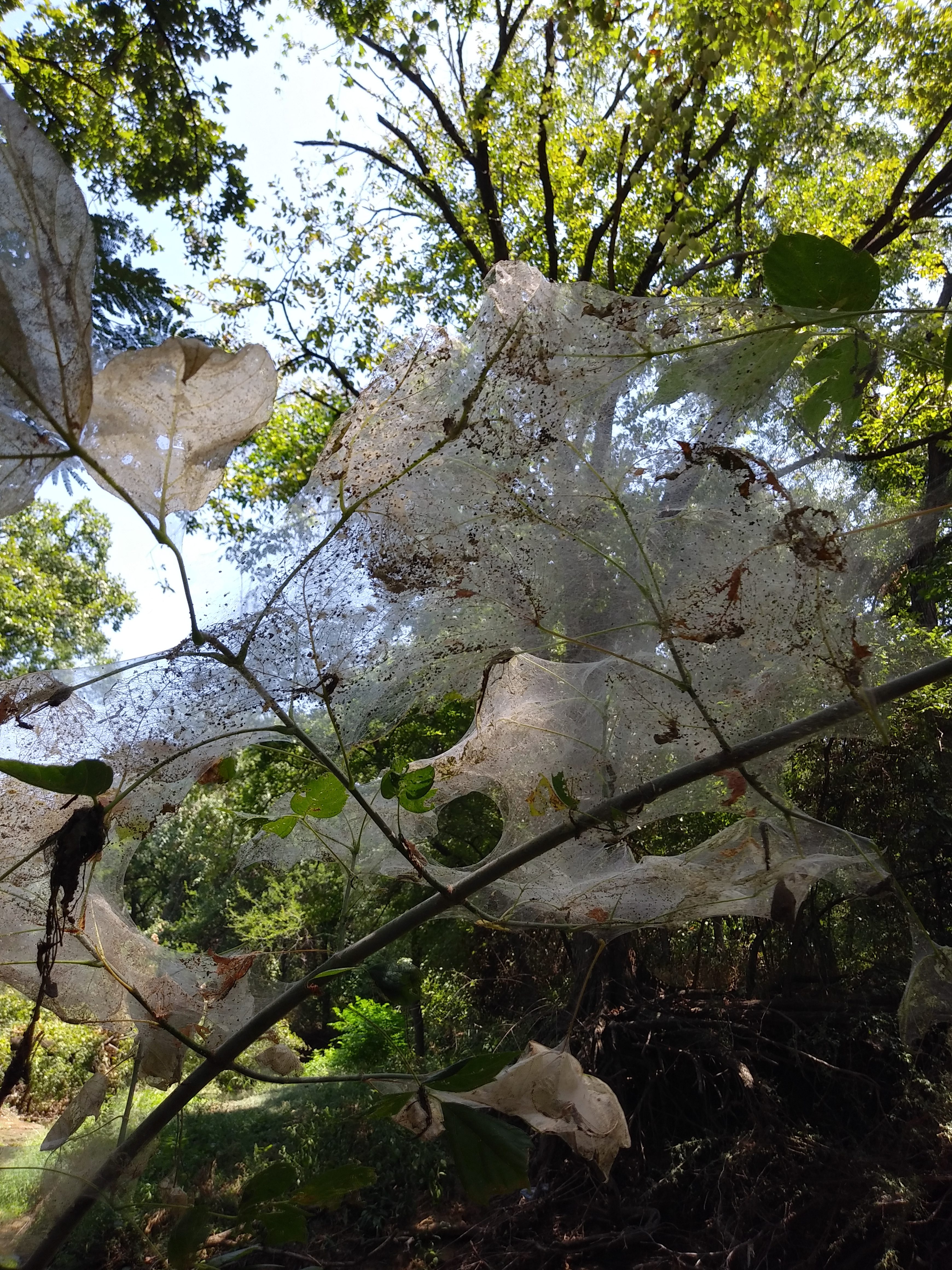