Beetles. Everyone is familiar with them. From the time most of us start hearing about bugs and insects, beetles usually come up among the first groups we learn about. This makes perfect sense as there are roughly 400,000 species of them worldwide. To put this in perspective, this means that about 40% of all insect species, and 25% of all animal species are beetles!

River Legacy Parks is home to countless beetle species, but there is a group of them that is particularly intriguing and special. These are the bess beetles, which belong to the Family Passalidae. They are a bright dark color and usually measure about 1 1/2 inches in length. Though most bess beetles are found in the tropics, there are some North American representatives. The River Legacy woods are among the places where they can be found in Texas. Bess beetles can be found inside of rotting logs or stumps. They are found there for two main reasons: 1. They consume decaying wood as part of their diet and 2. the females have to get into those tunnels and lay their eggs.

One of the most fascinating things about these beetles is they take care of their offspring. Bess beetles are considered to be presocial. This means that they exhibit some aspects of a social structure beyond just mating, but are not fully social insects in the same way as ants, bees, wasps, and termites. The vast majority of insects do not take care of their offspring so this aspect sets the bess beetles apart.

Due to their color, sometimes they are hard to spot. But, if you look closely around a decaying log, you might be able to spot them. Any time of the year is a good time because decomposition is happening all the time! However, several have been spotted lately by our River Legacy staff. See if you can find them as well! 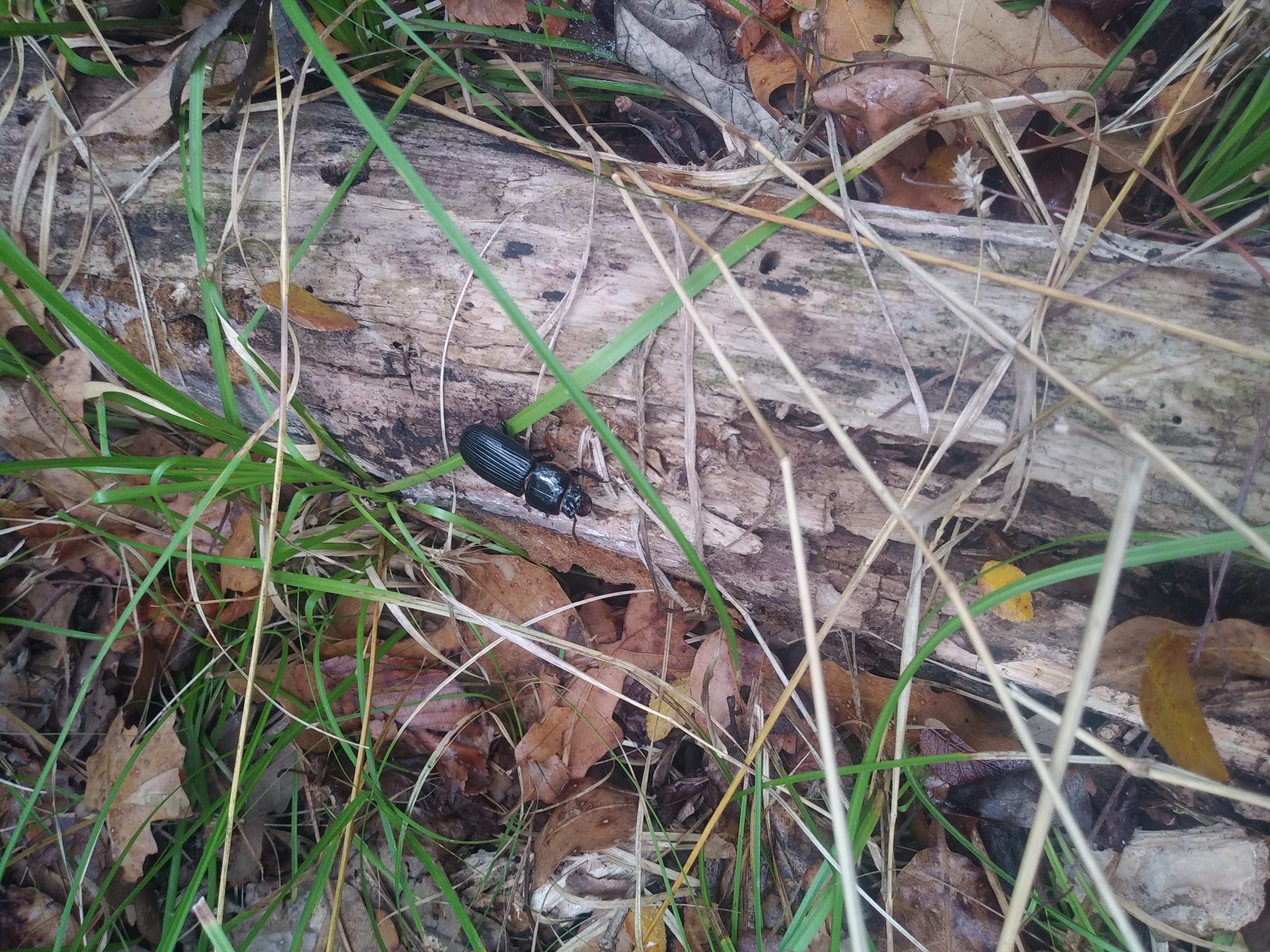